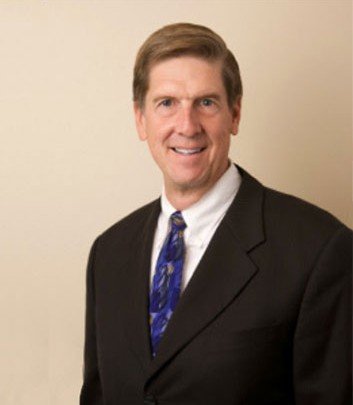 Mr. Young is “Of Counsel” to the firm of Business and Real Estate Law Group, and concentrates on business litigation and real estate and business transactional matters. Mr. Young began practicing law in 1982 in Orange County, California before relocating to San Diego in 1992. Over the years Mr. Young has handled many kinds of disputes, from administrative claims to probate litigation, but much of his effort has been for creditors, including representing creditors in bankruptcy court, and in real estate. With respect to the latter, he has long represented commercial landlords and, more recently, developed an expertise in defending Americans with Disabilities Act claims. Mr. Young is experienced in handling both large, complex lawsuits and in high volume engagements. He is also well versed in documenting real estate, business and loan transactions, including the review of title and survey issues.

Mr. Young received his undergraduate Bachelor of Arts degree (joint major in Philosophy – Law & Society, minor in Western American Studies) from the University of California at Riverside in 1979. He received his Juris Doctor from the University of California at Los Angeles in 1982 and was admitted to the California State Bar that year. In addition to the state courts, Mr. Young is admitted to practice in the United States District Courts for the Southern, Eastern, Central and Northern districts of California, and to the Ninth Circuit Court of Appeals. He is a member of the San Diego County Bar Association and of the San Diego Bankruptcy Forum. Mr. Young is rated “A/V” by Martindale-Hubbell.